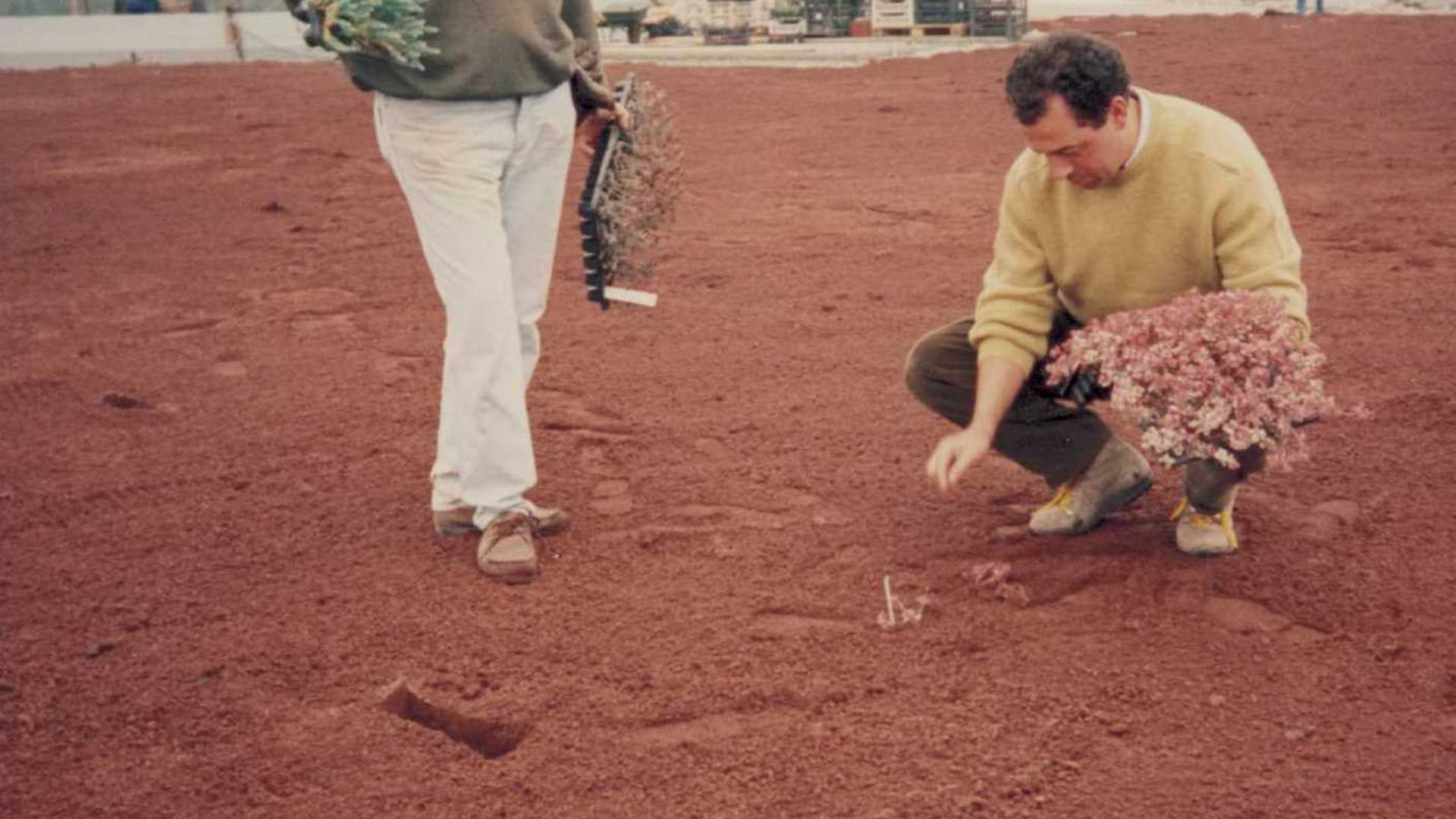 DAKU, the italian pioneer of green roofing, serving our customers with passion and enthusiasm since 1992

DAKU Italia was founded in the early 1990s, when the current company director, intrigued and fascinated by the green roof technologies developed in Germany, decided to import these technologies to Italy in collaboration with a German company. The comparison between the two realities in those years was constant, and aimed at improving their technological systems. After ten years of collaboration, the two companies became independent. From the beginning, Daku worked to adapt the German systems to the Italian climate and aesthetic tastes, but the basic foundations of its products remained the same as those that characterized the system imported in the early 1990s until in 2016 the climate started to change the market.

The pioneers of green roofing in Italy, 1996

THE EVOLUTIONS OF DAKU ITALIA

From that moment, a profound metamorphosis began and DAKU Italia transformed from a company with an exclusively commercial focus into a reality with an approach based on research and innovation. Through skills gained over three decades of activity, the inclusion of new highly qualified professionals within the company staff and thanks to substantial direct investment and public resources allocated to research and development, DAKU has strengthened its know-how, arriving at the registration of a patent. The strong will to innovate its sustainable products has led the company to become a certified innovative SME in 2020, a milestone that crowns not only a constant path of improvement, but also a 30-year-long work activity.

Passion and attention to detail have been the driving forces behind the results that confirm the company as one of the leading developers of green roofing nationwide. Experience and the ability to meet the needs of its clients add up to an ever-vivid interest in the development of highly innovative systems, which have led to the realization of more than 1,570,000 square meters of green roofs.