The nominal output of photovoltaic panels i.e., the amount of electricity that will be produced defined Flash Test involving photovoltaic cell temperatures of 25°C, irradiance of 1000 W/sq m and wind speed of 1 m/s. Actual operating conditions of photovoltaic systems, however, often deviate from these values and performance suffers. In particular, an increase in cell temperature relative to standard conditions corresponds to a decrease in the efficiency of conversion from radiative energy to electrical energy.

The thermal coefficients of panels, in fact, vary considerably depending on which photovoltaic technology is considered. The thermal coefficient for crystalline (i.e., mono- or polycrystalline) panels is the highest of all, and is 0.45%/°C: that is, panel efficiency drops by 4.5% for every 10°C higher or lower temperature than the standard 25°C. 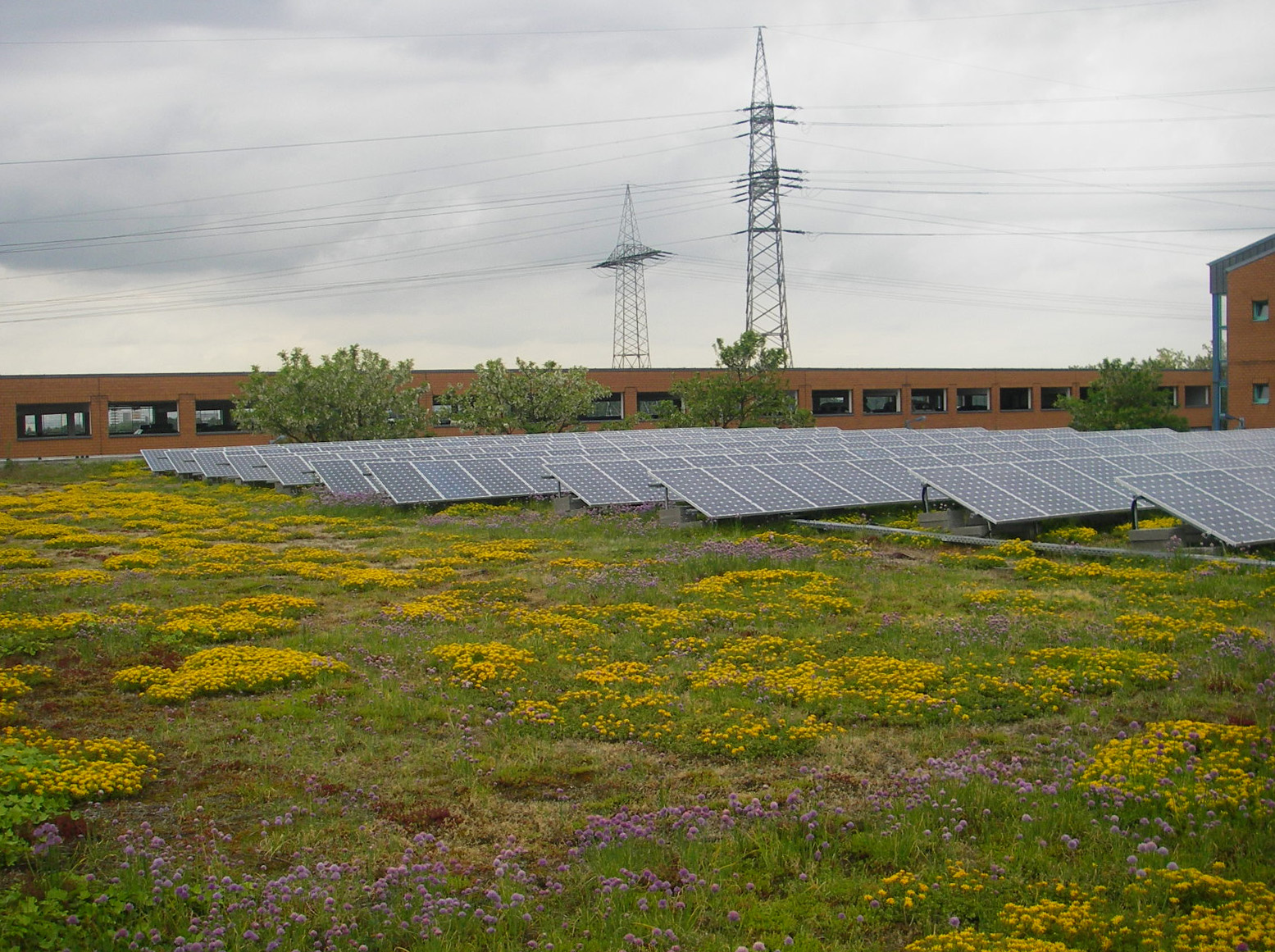 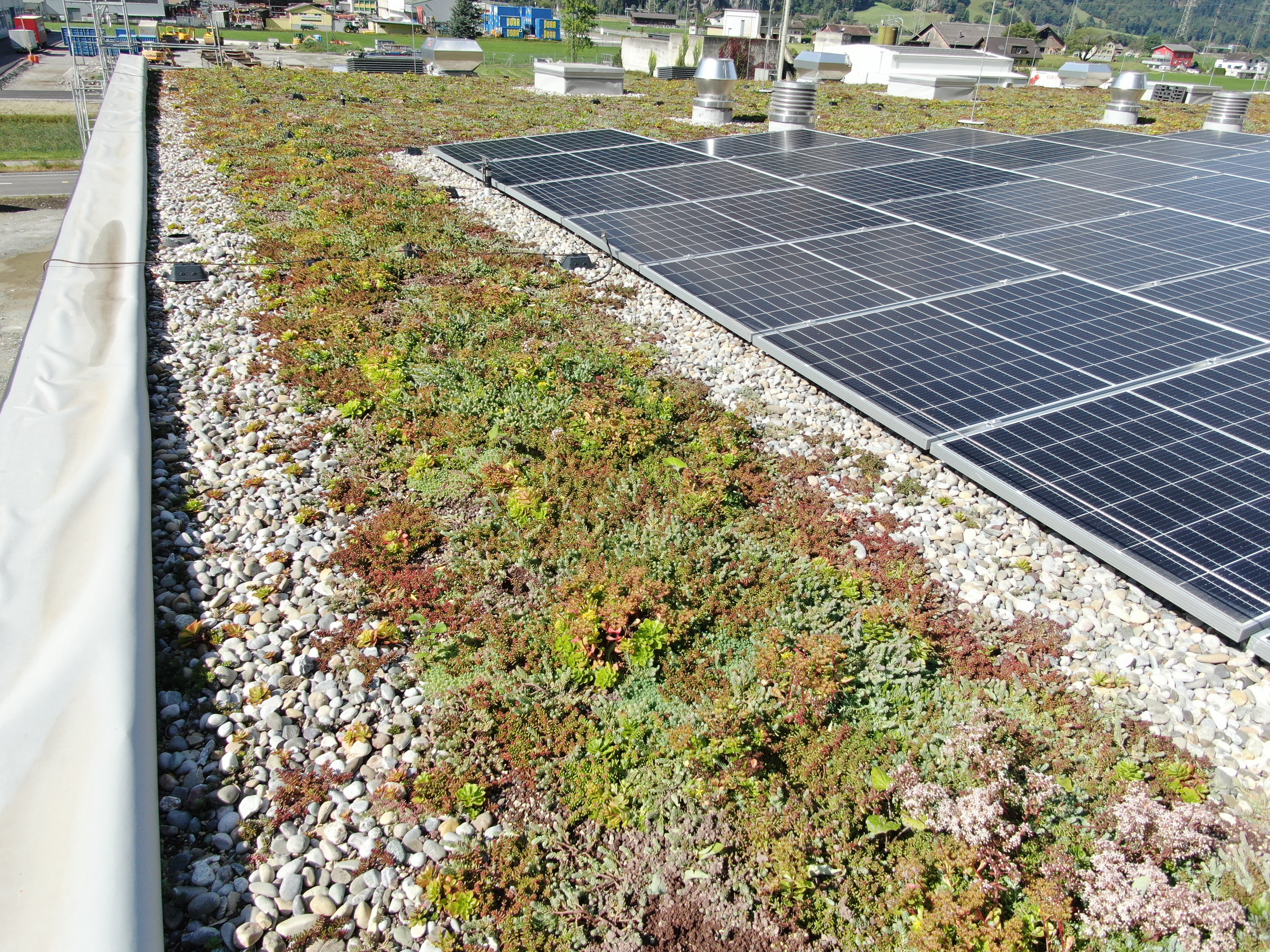 WHY USE A PHOTOVOLTAIC SYSTEM ON A GREEN ROOF

Summers are getting hotter and hotter, and that is highly counterproductive for the productivity of PV systems. Unfortunately, this is not the case. The choice of placing a green roof as a finish due to the intrinsic properties of vegetation has the ability to significantly reduce temperatures on the extrados, in particular, the temperature values recorded on green roofs range between 25-30 °C, compared to the temperatures found on artificial waterproof materials that range between 50-85 °C (data ranging from light synthetic to dark bituminous coverings).

Another aspect to be considered equally advantageous stems from the ability of vegetation to capture and retain pollutants and more specifically fine particulates that over time settling on the surfaces of the panels can decrease the yields of the system.

Thus, a solar photovoltaic system and a green roof are perfectly compatible because on the one hand, the performance of the solar panels is improved, keeping temperatures lower, and on the other hand, the vegetation on the roof benefits from the shaded areas that are created by the solar panels, causing a natural increase in biomass and, in some cases, even an extension of the number of plant species and biodiversity.

Below is some research on the topic that analyzes and contextualizes the benefits of joint application in various situations and climate zones.

b) A study conducted by German energy supplier Polarstern and Wilhelm Büchner University published results on the presence of vegetation increasing PV system performance by an average of 4.3% to a peak of 8% depending on the technology used.

C) A general review of 145 studies in the field by Shafique, Luo, and Zuo (2020) reconfirms the existence of the advantages already mentioned and provides an extensive reference bibliography to adapt them to different environmental conditions.

Ultimately, the aspect that is most influential in quantifying the economic benefit given by the joint application of the two systems is potential evapotranspiration (ETp). This factor measures the ability of the green system to transfer moisture to the atmosphere, thus cooling the surrounding environment, which increases as temperature increases and decreases as the amount of water or water vapor in the atmosphere increases.

To adapt the increase in yield mentioned above to the Italian context, it is therefore necessary to consider that the Mediterranean climate, is warmer than the German continental climate and less humid than the subtropical climate in Hong Kong. 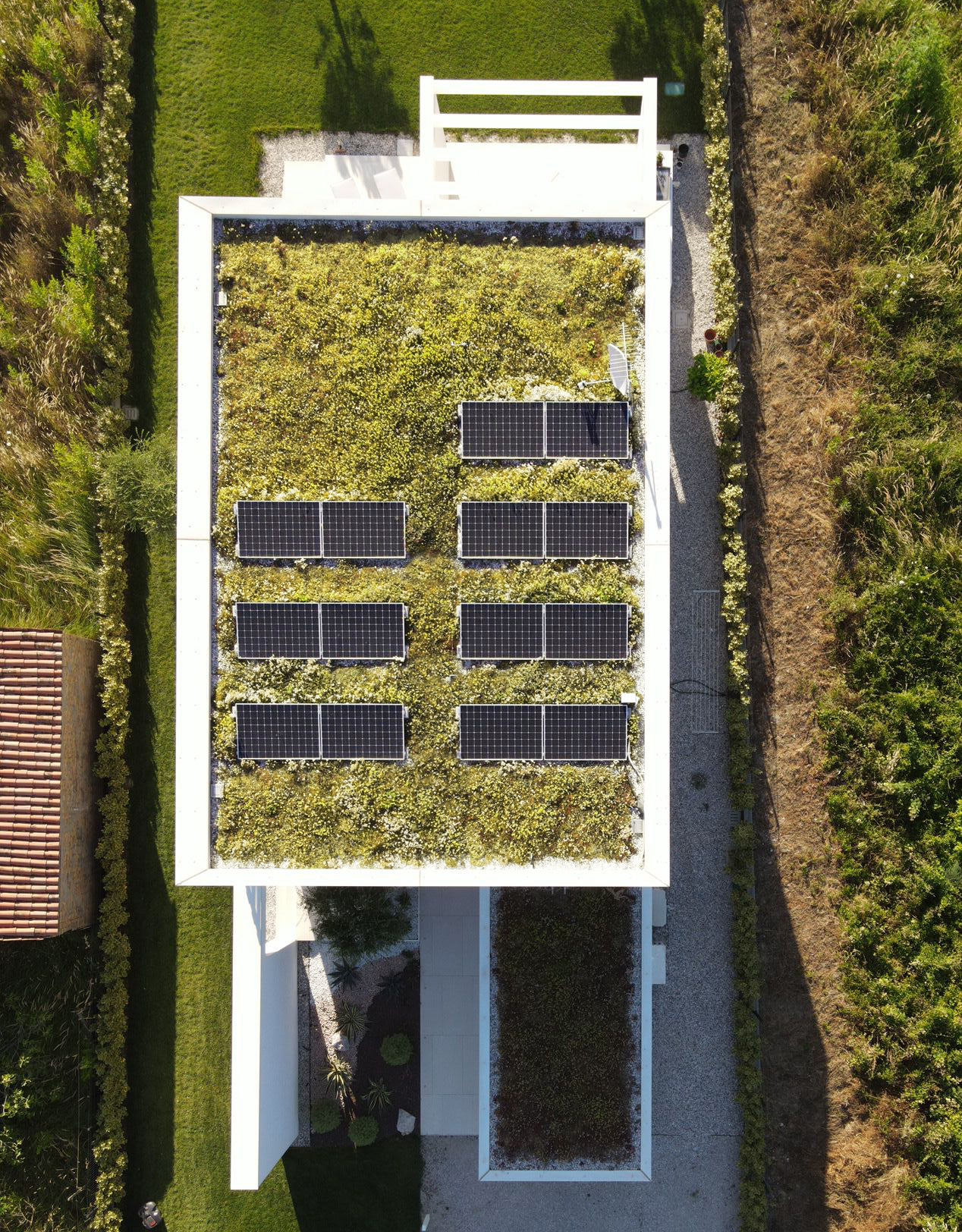 What's more, the vegetation selected for DAKU systems is able to arrest and retain a significant portion of pollutants such as fine particulates, which, over time, settling on the surfaces of the panels can diminish the yields of the system.